Album: Songs from a World Apart

Description:   Lévon Minassian is a French-Armenian duduk player whose work has appeared in films like The Passion of the Christ and Mayrig. The duduk is a double reed instrument indigenous to Armenia and it produces a truly wondrous and haunted sound. Songs from a World Apart is useful for international writing or tragedies (his duduk playing embodies, to me at least, the musical version of weeping). 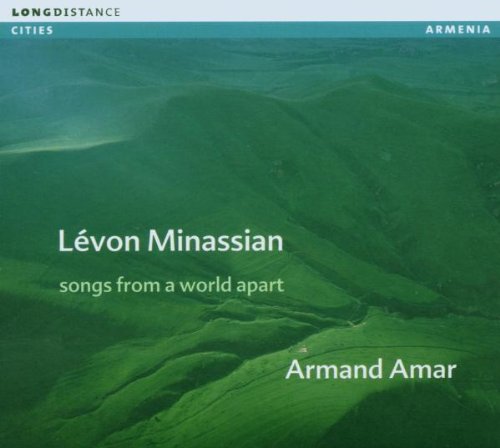