Description: Jon Hopkins is an English musician, producer, and film score composer. I first came across Jon Hopkins through his soundtrack for Monsters, which I more than likely will post about at some point (as it’s some great ambient music). Immunity, however, is more organic in that he did not create it to heighten what is occurring on screen. This album is a mixture of intelligent dance music (IDM), glitch-house, and microhouse (a subgenre of house music influenced by minimalism). Some listeners might be put off by that idea but I’ve heard from more than a few folks that they listen to electronic and ambient music while they write (or model characters and environments for video games). If those musical genres/sub-genres appeal to you, I think you’ll enjoy this album.

Receiving critical acclaim, earning a Metacritic of 82 and being nominated for the Mercury Prize, Immunity is also a mixture of physical sounds with electronic sounds. According to Pitchfork who reviewed the album, Jon Hopkins, “…drums on desks, plays salt shakers, slows down serendipitous recordings of nearby fireworks, boosts the kick-drummed rattle of a window.” Pitchfork also says the album is based on “the arc of a night out,” and it certainly sounds that way. It’s lively but dark, warm but private, and follows a course of a night-out’s ups and downs. This album is good for nighttime writing, scenes of friends out for a night where their hold on reality grows increasingly blurrier, some sci-fi (by virtue of its electronic nature), and even crime stories that take place in a club or lounge. 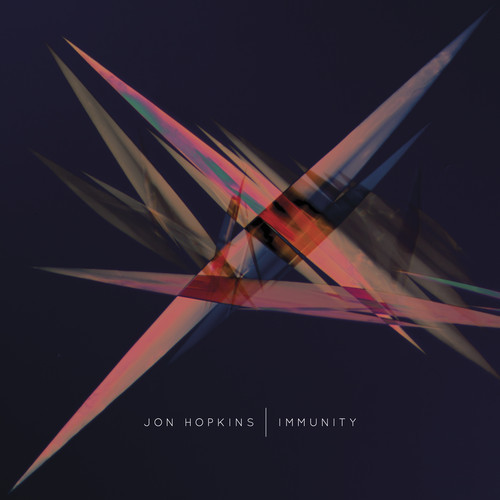